For more than 150 years, Americans have dedicated one day out of the year to honor members of the armed services who were killed in combat. What we know as Memorial Day today began in 1868 as Decoration Day, a time for commemorating Union and Confederate soldiers killed during the Civil War.

It wasn’t until 1971 that Congress passed the Uniform Monday Holiday Act, establishing the last Monday in May as Memorial Day. It’s commemorated at Arlington National Cemetery each year with a ceremony in which a small American flag is placed on each grave.

While it’s easy to get lost in the celebratory nature of most American “holidays,” it’s important to remember the somber reason for the day in the first place. Andrew Roberts, a veteran and Senior Field Inspector from Fort Worth, Texas shares some things to remember as we approach the day and reflect on what it represents.

Giving thanks.
While it’s usually encouraged to thank veterans for their service, the purpose of Memorial Day is to reflect on the sacrifice of the troops who never got to return home. Roberts says current troops and veterans deserve it all year, but Memorial Day is a special day to give thanks to the American soldiers who can’t be home to accept it in person.

An act of remembrance.
There’s nothing wrong with taking the day to get together with friends and family on Memorial Day, but its important to take a moment to remember the reason for the holiday. Roberts recommends a small toast or a gesture during your celebration, which can go a long way. One thing he does on Memorial Day is to read a Citation of Medal of Honor recipients who died in combat. There are other ways to honor the nation’s fallen soldiers, like leaving flowers at a local cemetery for fallen heroes donating to charities who focus on helping service members.

Leave politics at the door.
Memorial Day is a good time to remember that sacrifice for country has no party affiliation. Don’t let personal politics keep you from showing respect. Brave Americans have defended the people and interests of the United States for more than 250 years, and your right to disagree with the reasons for war should be separate from your opinion of the troops themselves.

Roberts says Memorial Day was not founded as a day of joy but one of remembrance and gratitude. This year, and every year, Greenbrier is grateful for the sacrifice made by American service members in the line of duty. 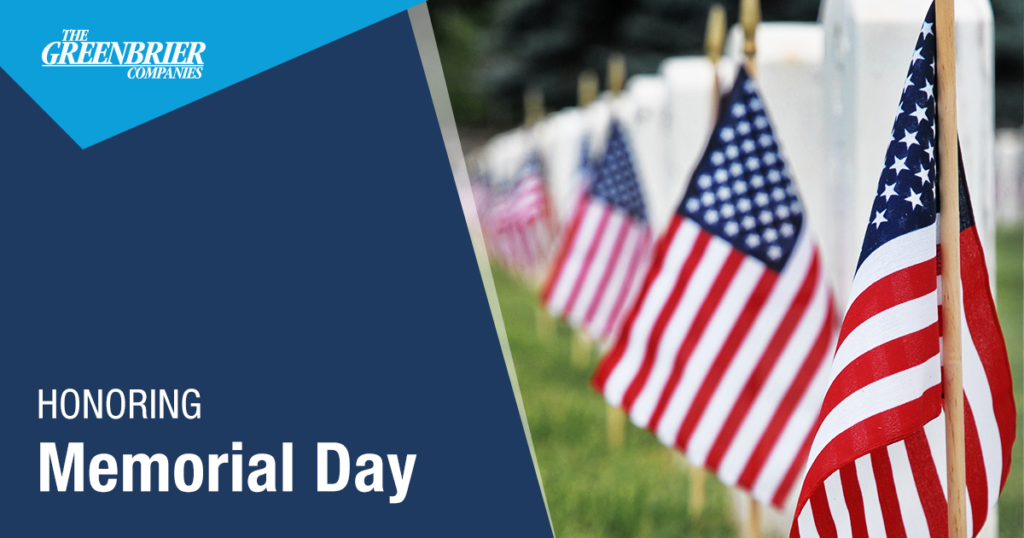