World AIDS Day 2021: Remembering Those We Have Lost

World AIDS Day occurs each year on December 1, providing an opportunity for people around the world to come together in the fight against HIV, support people living with HIV and remember those who have passed away from an HIV-related illness. World AIDS Day is a chance to address stigmatism associated with the disease and host open discussions to learn more about the reality of the AIDS pandemic.

Greenbrier spoke with Safety Administrator Lloyd Turner who experienced the loss of several friends due to AIDS in the 1980s-1990s. This year, Lloyd offered to speak on behalf of his friends who never had the chance to tell their stories because they were lost to AIDS. His friends were talented artists with much to give the world: many mastered a number of musical instruments and others drew or painted with great artistry and finesse. When they passed away, there was such a strong stigma against the disease that their obituaries listed the cause of death as cancer, pneumonia or related illnesses. This reality made it difficult for Lloyd to experience closure:

“I never recovered from the loss of friends due to the disease. It impacted me emotionally and mentally. The only choice we have is to live with our grief day to day.”

According to Lloyd, it is essential to educate and bring awareness to the HIV/AIDS pandemic since there is still no universal cure. People still contract the illness impacting millions of lives each year. In fact, globally, an estimated 38 million people currently live with HIV (UN AIDS, 2020). Approximately two million of those live in the United States (CDC, 2019). More than 36 million people worldwide have died of HIV or AIDS-related illnesses, making it one of the most destructive pandemics in history. “There is still a misconception that AIDS is a ‘gay disease” instead of a ‘people disease,’” said Lloyd. All people are susceptible – Sub-Saharan Africa is home to two-thirds (67%) of people living with HIV. Further, six out of seven new HIV infections among Sub-Saharan African adolescents are girls between ages 15 and 19. Young women ages 15 to 24 in this geography are twice as likely to be living with HIV than men (UN AIDS, 2020).

While anti-retroviral therapy (ART) has improved and drugs exist to minimize the symptoms and progression from HIV to AIDS, much work is still needed to eradicate the virus and it is important to remain vigilant against this disease. In addition, the medicine isn’t easily accessible by all people affected by the virus – it can be costly, requiring government assistance programs to ease the financial burden. “The medical advances have people believing that since no mass deaths are occurring, we don’t need to take precautions. But the pill doesn’t solve everything. It minimizes symptoms, but those affected by HIV will always live with it,” said Lloyd.

It is important to stay proactive, regardless of age, race, gender or sexual orientation. Getting tested is the only way to confirm if an individual has HIV. For those living with HIV, starting treatment early means they can live a full, healthy and productive life. Free and confidential tests are available from a general doctor’s office, community health clinics, health departments or at home with an in-home HIV test.

Equally important is educating friends and family about the dangers of the disease and maintaining open and honest discussions. People with children should educate them early in life. A solid support system is vital, as described by Lloyd: “My mother, like any mother, was concerned that I too would become ill. It concerned her constantly. By the way, she was my number one fan.” Lloyd’s mother supported him from day one and accepted his partner as her second son.

Lloyd expressed that Greenbrier as an employer has fostered a significant difference in culture. Since becoming part of the organization, Lloyd has commented on a strong feeling of inclusion and belonging at the company – something he wishes for all employees to experience regardless of industry or geographic location. This feeling of inclusion has impacted Lloyd’s ability to be more outspoken about this disease at work and if it cultivates a sense of hope for the future of AIDS/HIV patients.

World AIDS Day is as relevant today as it has always been. It serves as a reminder that HIV and AIDS have not gone away, regardless of its presence in daily conversations, news segments or lessons at school. Until a cure is found World AIDS Day will continue to increase awareness of the impact of HIV on lives, fight to end negative stigma and discrimination against the disease and improve the quality of life for those living with HIV. Learn more by visiting the CDC website.

“It impacted my life forever, along with my friends who survived. We know it still exists,” Lloyd Turner. 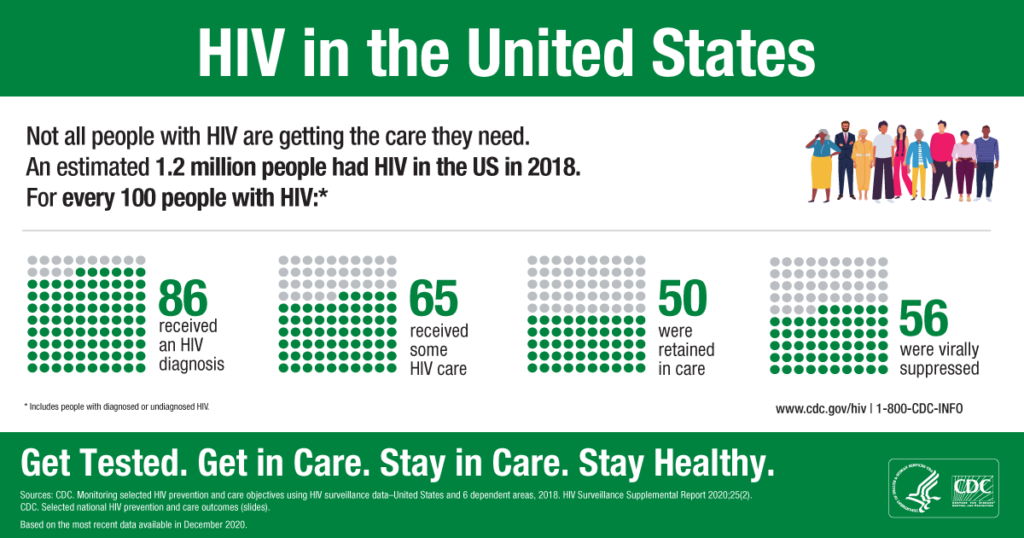